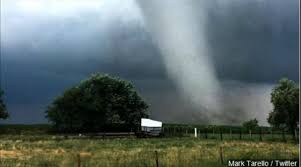 What’s scarier than a hurricane? Well, there are plenty of things that are scarier than a category 1 or even a category 3 hurricane. However, when it comes to tornadoes, there is plenty to fear. Tornadoes move quickly, they can be unpredictable in their paths, as well as where they touch down. The have fast, destructive winds.

Is there really a tornado season?

Yes. Unlike hurricane season, tornado season is fairly brief, running April-June. Spring is when the US sees the most tornadoes and the most violent tornadoes, and they are seen in Tornado Alley, a section of the US that sees most of the US tornadoes every year. 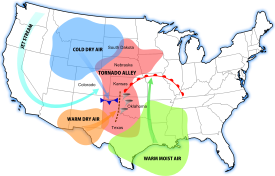 Interestingly, this year, the first tornadoes (and the first deadly tornado) happened in February. However, April has, thus far, been a quiet and slow month, to the point that Oklahoma is nearing a record low for April. To date, about 255 tornadoes have reportedly touched down, well below the ten year average of 371. I would suspect that the particularly cool winter/spring and the late cold snaps have helped keep the tornado season light.

Later this week, we will post how to prepare for tornadoes and what to expect.

Published by the Modern Family Man

I'm a husband, father, foodie, cat lover and weather enthusiast... I care a lot about making the world a better place, protecting children, justice, politics, the environment, and especially my family. My personal goals include trying every style of hotdog served across America (I'm getting close), raising my two daughters to be great humans, and eating as much charcuterie as possible! View all posts by the Modern Family Man